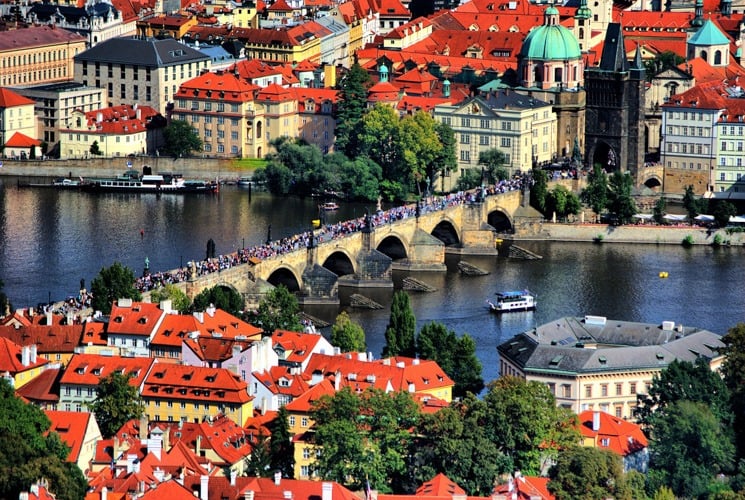 Charles Bridge is the oldest stone bridge in Prague. Prague can be proud of this landmark since 1402. The Charles Bridge is decorated with 30 Baroque statues. It is one of the most important technical and historic monuments in Prague and whole Central Europe. Charles is must do even if you have just 2 days in Prague.

The Charles Bridge used to be called Prague Bridge or Stone Bridge until 1870. The bridge was built at the former place of Judith ‘s Bridge, which was destroyed by floods. It is the second oldest bridge in the Czech Republic. Charles Bridge is one of the most visited tourist sites in Prague.

Charles Bridge -- What shouldn’t be missed

The entrance to Charles Bridge from Malá Strana is guarded by 2 towers: the shorter one – Judith’s Tower is built in Romanesque style (it was a part of the previous Judith’s Bridge), and newer and higher Gothic tower.

If you are interested in going up to the tower, the entrance fee is 100 CZK.

On the other side of the Charles Bridge, there is the Old Town Bridge Tower. This Bridge Tower is considered to be one of the most beautiful Gothic buildings in Europe. The Old Town Bridge Tower was built by Petr Parléř (who built also St. Vitus Cathedral). The gate also represents a type of triumphal arch for future Czech kings who were passing through the gate towards their coronation.

Stairs to Kampa Island – the way to Lennon’s Wall

If you are walking through the Royal Route from Prague Castle, make a sidewalk to Kampa (a small island on the Vltava River). There is a Kanner’s Staircase, only 150 meters from Malá Strana Towers on your right-hand side, which will take you to Kampa. Walk to the Grand Priory’s Mill (Velkopřevorský mlýn) or Lennon’s Wall (famous Prague landmark, appreciated especially by street art fans).

A place where secret wishes are fulfilled

According to superstition, there is a place on the Charles Bridge, that fulfill the visitor’s secret wishes. Between the statue of St. John the Baptist (Jan Křtitel) and the sculpture of St. Norbert, Wenceslas, and Sigismund, is the old lattice as a reminder of the overthrow of John of Nepomuk’s (Jan Nepomucký‘s) body into the Vltava river. There is also a five-star archbishop’s cross on the bridge’s railing, which marks the place where the body was dropped.

If you follow these instructions, your wish should be fulfilled:

You should touch one of the bronze cross stars on the railing with each finger of your left hand, while the right hand should touch the image of lying John of Nepomuk on the lattice. The left foot should touch the small geodetic point that is placed on the pavement.

How to get to the Charles Bridge?

Charles Bridge connects Malá Strana (Lesser Town) and the Old Town. If you take a traditional tourist route through Prague, so-called Royal Route, which begins at Prague Castle, you will come to Charles Bridge from Malá Strana via Mostecká Street. From the opposite riverbank (at Old Town), Charles Bridge begins at Křižovnické Square. The bridge can be reached from the Old Town Square by Karlova Street. If you would like to avoid crowds, visit Prague in winter.

Nearest public transport to the bridge from the Old Town

The nearest metro station is Staroměstská (green line A). Trams also stop along the Vltava river – at the Staroměstská or Karlovy lázně tram stops.

You can find a suitable connection in Prague here (Prague Public Transport).

Construction and parameters of Charles Bridge

The construction of Prague Bridge started 15 years after the destruction of Judith’s Bridge by floods in 1357. Plans, finances, and materials needed to be collected first.

Historians also take into consideration the date of 15th June because it is the day of St. Vitus.

The bridge is built of solid sandstone blocks, which are connected by sandstone stucco mortar and hydraulic lime. The core of the bridge was built after the water was drained out, but still below the level of the Vltava river. Original gothic oak wood piles together with milestones were discovered during the repairs at the end of the 19th century.

Medieval builders of Charles Bridge also added various organic products to the mortar, such as milk; beer; wine; urine; blood; or even sugar. The total weight of the bridge material is estimated to be about one hundred thousand tons! Most of the stone came from quarries near Prague.

Originally there were only bound logs, the so-called thresholds, which formed a crossing over the Vltava river on the same place as present Charles Bridge.

Complex transport regulations were created in 1759. Walk and ride was set on the right bridge side only. The so-called “koňka” (horse tram) started to run along the bridge in 1883. An electric tram came in 1905. 3 years later, it was discovered that the trams were damaging the bridge, so buses replaced them. Neither they were good for the bridge, so the public transport was suspended until 1932 when the buses with tires were introduced. Public transport existed on the bridge until World War II. Since 1965, Charles Bridge is for pedestrians only.

Rumors and legends of Charles Bridge

There are several legends about the construction of Charles Bridge in Prague. The most famous one is about eggs. It is said that the builders decided to add raw eggs to make the bridge strong and sturdy. Unfortunately, there were not enough eggs in the whole of Prague, so the king ordered to bring eggs from all over the kingdom. The wooden wagons drove to all corners of the Czech kingdom to bring the fragile cargo.

People from one small village -- Velvary misunderstood the purpose. They were afraid that the eggs would break on the way, so they sent them boiled. The whole Prague laughed at people from Velvary, because of that, and that act was commemorated to them for centuries.

So, how was it with eggs in reality?

The scientific analysis from 2008 showed the presence of egg protein in the mortar taken from the bridge during its reparations. Two years later, another analysis contradicted this theory. According to the second analysis from 2010, eggs were not added to the mortar, but they found traces of wine and milk there.

Whatever material it is, Charles Bridge in Prague was built from quality “ingredients” that have helped it survive for centuries.

Statues and sculptures of Charles Bridge in Prague

The Charles Bridge is decorated with 30 Baroque statues and sculptures. The first statue on the bridge was a bronze statue of Jan Nepomucký (John of Nepomuk), as a reminder of his overthrow from the bridge in 1683. Other baroque sculptures were added to the bridge mainly between the years 1707 and 1714. The last sculpture -- St. Cyril and Methodius, was added in 1928.

Most of the sculptures are made of sandstone. Sculptures are being replaced by copies of contemporary artists. The originals can be found in Lapidary of the National Museum in Prague or in Gorlice (the underground hall in casemates) at Vyšehrad.

Statues on the right side from Old Town towards Malá Strana

Statues on the left side from Old Town towards Malá Strana

If you want to know exactly what statue is who’s, have a look at Mapy.cz. Every single sculpture of the Charles Bridge is named there.

If you want to explore the history of the Charles Bridge even more, visit the Charles Bridge Museum, located in Old Town, right on the Križovnické náměstí (Křižovnické Square). The museum is open daily from 10:00 to 19:00. The entrance fee is 170 CZK.

The tour can be combined with a narrated cruise on the Vltava River. In this case you will pay 340 CZK as an entrance fee.

Watch the current situation on Charles Bridge thanks to this webcam.

We recommend either this fantastic Old Town Apartment Konviktska or another nice accommodation at MOODs Charles Bridge. Both are in a great location of Prague City Center (5-minute walk from Charles Bridge) and have great reviews.

If you prefer a cheap hostel than go to The Republic Garden with a great location and good reviews.

More tips for travelers in Prague

We have prepared a practical guide for you about Czech money. Where to get them and what to avoid? Check also this guide to where to eat in Prague and guide to Prague airport.

What shouldn’t be missed at Charles Bridge?

How to get to Charles Bridge?

Nearest public transport to the bridge from the Old Town:
The nearest metro station is Staroměstská (green line A). Trams also stop along the Vltava river – at the Staroměstská or Karlovy lázně tram stops.

What are Charles Bridge constructions facts?

What magic numbers are behind construction?

We are regularly updating all of our posts, however all the places are changing quickly and sometimes it's hard to see all the changes. Theferove we would be glad if you could tell us about any change you have found.

👉 Everything for planning your trip or vacation at one place! 👈

The most popular posts:

Join more than 2000 other travelers and start receiving our exclusive travel tips and dicounts.Receive tips and discounts 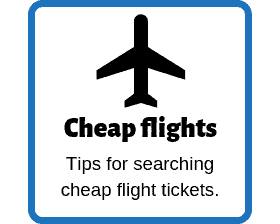 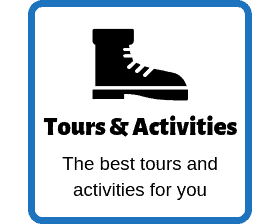