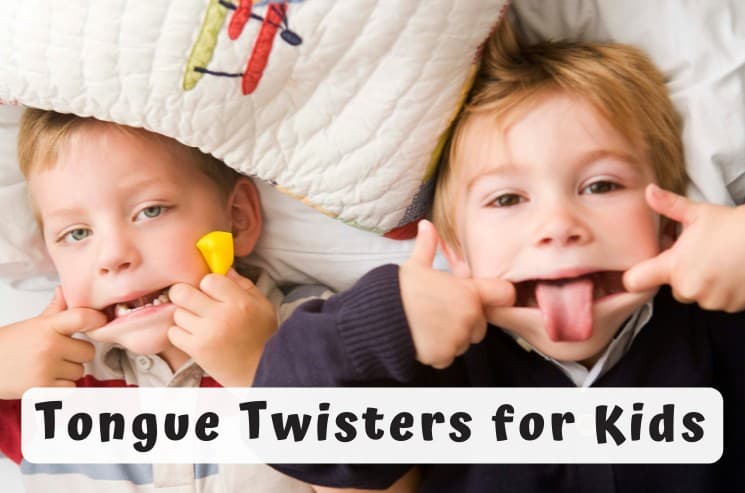 Check our ultimate collection of the best tongue twisters for kids. We have divided these tongue twisters into several categories – the best, short, easy, funny, long, and more…

You can jump to those categories in the table of contents:

Check our other good collections:

Pin these tongue twisters for later and to your friends: